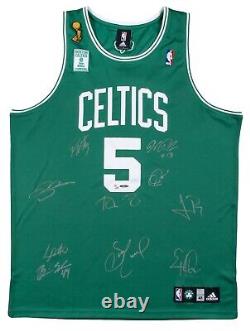 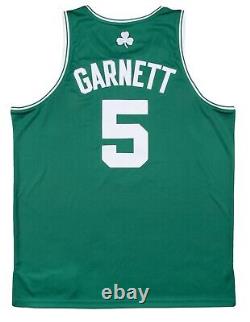 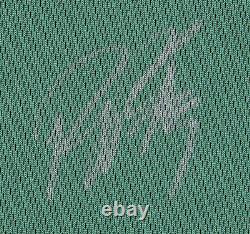 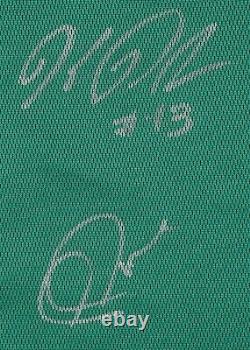 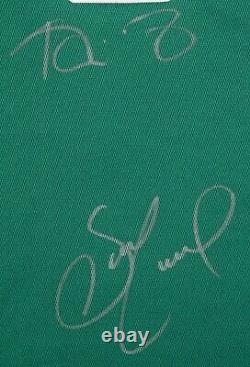 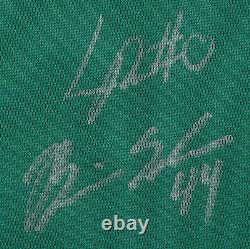 In 2008 the Boston Celtics would claim their first NBA title since the Larry Bird era, defeating the Los Angeles Lakers in six games. The Celtics won the title on the backs of their new "Big Three" of Paul Pierce, Kevin Garnett and Ray Allen in leading the franchise to an NBA record 17th title.

This limited-edition 13 of 25 jersey has been signed by 10 members of that historic team. All of the signature have been signed in silver marker and include Kevin Garnett, Paul Pierce, Ray Allen, Kendrick Perkins, Leon Powe, Eddie House, Sam Cassell, James Posey, Brian Scalabrine and Rajon Rondo. This multi-signed jersey comes with a COA from Upper Deck Authenticated (BAK35342).

We offer the finest in Sports Memorabilia and autographs. This item is in the category "Sports Mem, Cards & Fan Shop\Autographs-Original\Basketball-NBA\Jerseys". The seller is "showpiecessports" and is located in this country: US.

This item can be shipped to United States, China, Mexico, Germany, Japan, Brazil.