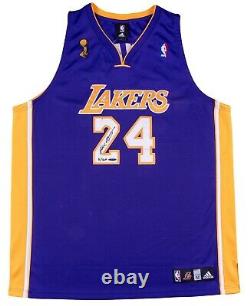 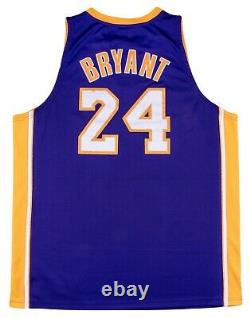 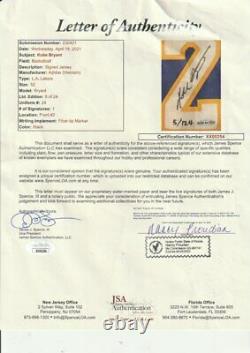 Few players have left a mark on the NBA quite like the late Kobe Bryant. Bryant, who often drew comparisons to the legendary Michael Jordan, entered the NBA straight out of Lower Merion High School located in the suburbs of Philadelphia, selected 13th overall in the 1996 Draft by the Charlotte Hornets. A draft-day trade to the Los Angeles Lakers, who also signed Hall of Fame center Shaquille O'Neal that same year, formed the nucleus that would bring the Lakers three consecutive NBA titles during the early 2000s. After Shaq departed, few believed the shooting guard could carry a team on his own, and Bryant, true to fashion, proved them wrong by bringing the Lakers back-to-back titles in 2009 and 2010. The prolific scorer Bryant, who once scored an NBA second-best most points in a game when he sank 81 in 2006, won two NBA scoring titles while also earning a reputation as a premiere closer in the NBA.

His 18 All-Star selections are an NBA record for consecutive starts, and his four NBA All-Star MVP Awards are tied for the most in NBA history. The 2008 NBA MVP was no slouch on defense and was named to 9 NBA All-Defensive First Teams, the same number as his basketball hero Michael Jordan.

An unstoppable force on the court who could change the game at any moment, Bryant's legacy will forever impact the game of basketball and draw future comparisons to generations of players, in much the same way Bryant was compared to Jordan. Presented here is a limited-edition Los Angeles Lakers #24 road jersey signed by Hall of Famer Kobe Bryant. The purple jersey features gold trim on the collar and gold lateral sides accented by a white stripe. "LAKERS" is displayed across the chest in gold-on-white tackle twill.

The number "24" appears on the chest and back of the jersey in white-on-gold tackle twill. A gold "Larry O'Brien Trophy" NBA Finals patch is affixed to the right shoulder of the jersey. An embroidered NBA "Logoman" patch is located on the jersey's left shoulder.

An Adidas NBA AUTHENTICS tag and a size "52" tag are attached to the inside collar. "BRYANT" appears across the back of the jersey in gold-on-white tackle twill. Bryant signed the number "2" on the front of the jersey with a black marker. The signature is bold and the jersey is in great condition. The limited-edition, #5/124 Los Angeles Lakers #24 road jersey with a Finals patch signed by the late Kobe Bryant comes with an LOA from JSA and a hologram from Upper Deck Authenticated (BAK44765). We offer the finest in Sports Memorabilia and autographs. This item is in the category "Sports Mem, Cards & Fan Shop\Autographs-Original\Basketball-NBA\Jerseys". The seller is "showpiecessports" and is located in this country: US. This item can be shipped to United States.