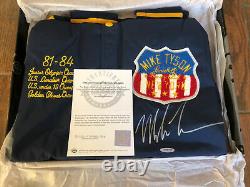 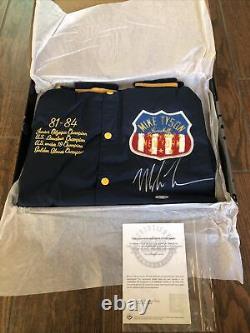 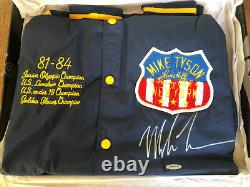 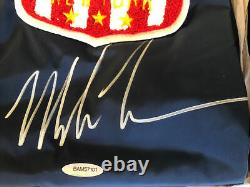 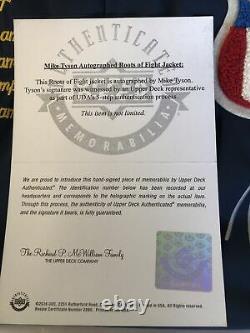 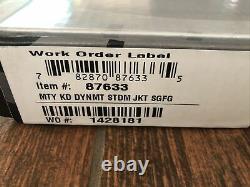 While he grew up in Brooklyn, Mike Tyson moved to Catskill, New York, to train with the man who would eventually be his father figure, Cus D'Amato. In 1986, Tyson became the youngest heavyweight champion in history at the age of 20. Before he became a worldwide phenomenon, he earned his stripes in the amateur boxing ranks.

The stitching on the front of this jacket pays homage to the amateur accolades he won from the years 1981-84. His first professional fight was against Hector Mercedes on 3/6/85.

The back of the jacket shows his nickname "Kid Dynamite" in a jersey-like stitching. This stadium jacket is produced by lifestyle brand company Roots of Fight. Tyson has signed this Roots of Fight Kid Dynamite Stadium Jacket in silver paint pen.